Skip to content
You are here:Home>Knowledge Base>Create Arrival Patterns for an ER

Create Arrival Patterns for an ER

In a recent process improvement project, I was required to turn 6 months of arrival patterns information from an emergency room into entries for a simulation model. This is difficult because there is variability from week to week, Mondays are different from Fridays and there is significant variation throughout the day.

A simulation model was used for this process improvement project because process mapping and flowcharting was not helping the staff to visualize the source of the problem. The major problem was identified as patient stays in excess of 4 hours but with work content of less than 40 minutes. This means 17 percent of the patient stay was for work that mattered to the care of the patient and the rest of the time was frustration, delay and waste. 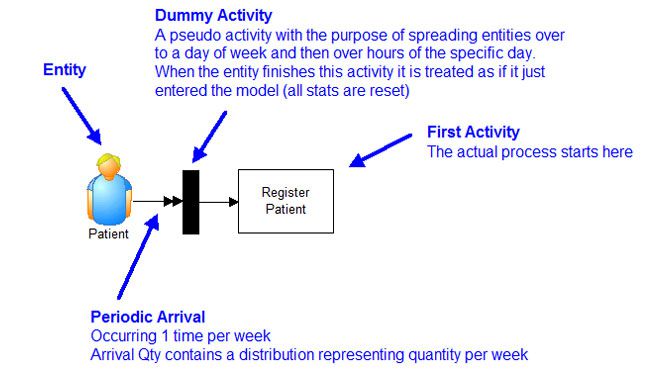 The process of converting the raw data into a process simulation is relatively straight forward once the steps are understood. The process management system for the hospital contained the check-in date, time and acuity for all patients treated. A representation of a small portion of the data is shown below: 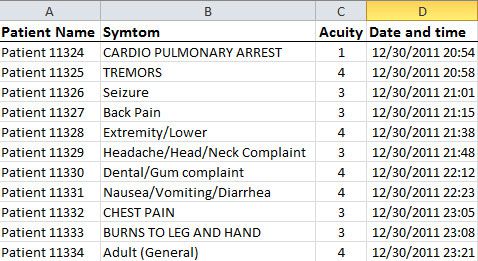 First, I prepared to analyze quantities per week, percent arriving in the day of week and hours transpired from midnight on the day of arrival to the time of the arrival. An example of the added analysis fields is shown below:

Second, I created a pivot table for the weekly arrivals. Arrivals were summed by week number.

The “count of week” column was copied into a Data fitting program provided with ProcessModel simulation software titled Stat::Fit.  Stat::Fit turns raw data into distributions used in process improvement projects. Stat::fit is very easy to use and I have tested the resulting distributions, finding they provide a reliable representation of the variability of the data. Every time a weekly arrival occurs in the simulation software, ProcessModel samples the distribution and picks a quantity according to the probability of the distribution. The fitted distribution is shown below: 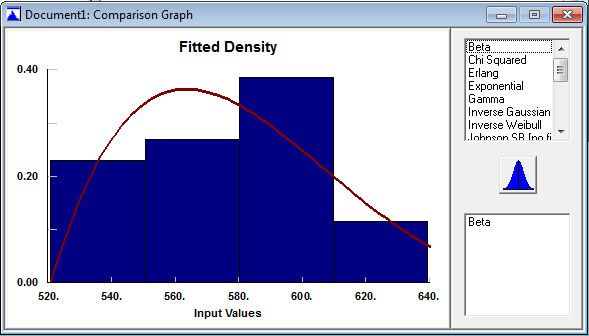 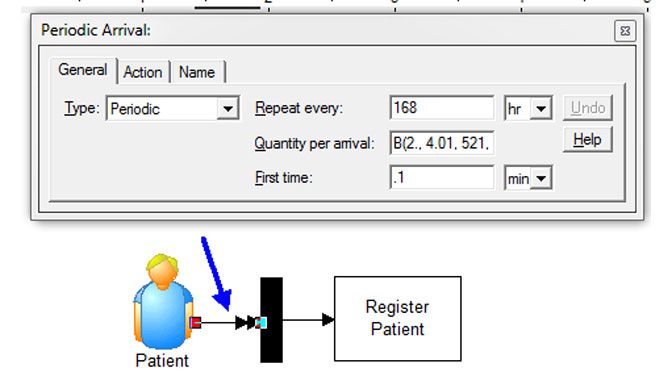 The above arrival creates the quantities for each week. In the second part of this report I will show how to spread arrivals over the proper day of week and then to the hour of the specific day.

Process simulation has been invaluable in helping to analyze the complexity of the Emergency department. It has helped me to make certain the decisions for process improvement are defined by not only data, but also the combination of all the types of data creating a more accurate picture of the real system.