Skip to content
You are here:Home>Application Stories>Others>Paving the Way to Increased Profits

Paving the Way to Increased Profits

We’ve come a long way since pioneer days of dusty, rutted roads, which flooded and mudded during the rainy season, causing old fashioned vehicles to get stuck in the muck.

Modern paved roads are one of the blessings of today’s technology. We never really think about it, but who is responsible for these easy-riding roads and highways? One such company is The Company*, a firm that prides itself on innovation. “We’re the company that has been innovating road building technology for more than 30 years. Contractors equipped with The Company’s machines work faster, with greater accuracy and under a wider range of job conditions.”

It all began with The Company’s family of trimming and paving machines in the mid-1960s. These durable machines automated the grade preparation and paving of new roads, highways and airport surfaces through the world. They increased the productivity of grading contractors by more than 500 percent and provided a quantum leap in fine grade accuracy.

Over the years, The Company expanded its product lines to include hot mix asphalt production plants, truck scales, computer controls for process machinery and soil stabilization equipment. In addition, The Company has continued its pioneering tradition with the development of completely new machine designs, including an automated pavement profiler, road reclaimer, and a line of hot mix asphalt production plants. The Company’s success with trimming and paving machines led to product innovations in other areas of paving technology. Soon The Company had successfully automated the complete slip form paving process from placement to surface texturing and curing.

Due to explosive growth, their paint facility became overloaded, and the company was forced into a crossroad. Should they build another paint 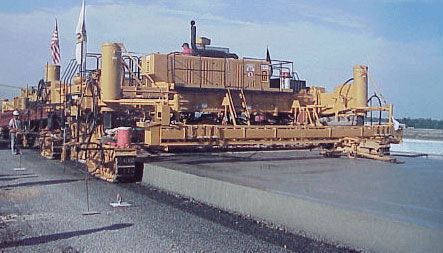 facility or hire more employees? A detailed study was needed to determine if additional facilities were necessary or whether the current facility needed to be better utilized. Capital expenditures needed to be justified and the addition would cost close to $4.5 Million. Due to the level of expenditure, engineering and operations needed to generate data to make decisions.

Data was input into simulation modeling flow charts but the output was incomplete. Numbers were extrapolated from these charts but they didn’t produce the detailed information for which The Company’s execs were diligently searching.

Then The Company came across a ProcessModel demo. Using ProcessModel was easy. The first step involved flow charting the process, including time required to move equipment in and out of the facility. The Company’s equipment on average ranges between 45 and 60 feet long and between 50K and 100K pounds. The entity set contains approximately 120 different pieces of equipment and variations of base configurations.

The model started with 18 process steps in the flow chart with varying resources demands and process times. Engineers were able to program the model using data from their records and define all process steps based on this real time data. Averages from the simulation model were consistent, in all cases, with their logged data, as were total process cost. With the model working The Company was able to manipulate and reallocate resources in a manner to increase throughput. 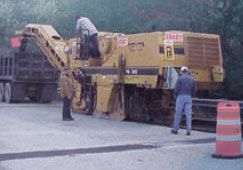 Because of its simple yet advanced animation capabilities, once staff members observed in action what would and would not work, the debate disappeared. The model was the defining decision-maker. You can’t debate any longer when you have facts in the equation. ProcessModel helped settle the dispute in three main ways.

We cannot overestimate the power of that tool. It is very simple and easy. You can go from a basic model to a very complicated one in just a few weeks with ProcessModel because it is so user-friendly.

The visual capability of ProcessModel allowed The Company to observe and identify processes that needed a more detailed analysis, including manpower and cycle times. As a result, bottlenecks could be alleviated. The effects of these changes could then be viewed in relation to simulation flow. Next, on a detailed level, they were able to analyze resources and watch resource utilization change as modifications were made. They generated a resource vs. output curve which helped determine optimum resource number based on the production schedule.

As a result of simulation modeling, we discovered that additional manpower, better allocation of resources, and process changes would improve throughput enough to enhance production schedules. Therefore, capital improvements were not necessary, thus saving a whopping $4.5 Million from our budget.