Skip to content
You are here:Home>Application Stories>Healthcare>Hospital Improves ICU Care

“ProcessModel was an invaluable tool to sidestep all of the anecdotal suggestions and use quantitative methods to discover the problem and suggest solutions. We came to a definite number of elective surgeries that would still allow us to meet other requirements on ICU.”

Located in Milwaukee, Wisconsin, The Hospital* is the only ACS verified level I trauma center 1 in southeastern Wisconsin. The Hospital is a major transplant referral center, performing heart, lung, kidney, liver, and pancreas transplants. They are also the primary teaching affiliate of the 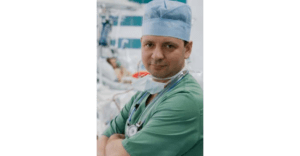 Medical College of Wisconsin. With nearly 450 beds and its level 1 trauma center, The Hospital has almost 50,000 visits to the Emergency Department per year. Even with the size of the hospital, a staggering 12% of the emergencies that would require ICU services had to be “turned away” because of insufficient capacity. Picture, if you will, an emergency scenario where a critical accident has occurred. The ambulance has arrived and prepares to move the patent and notifies The Hospital of an incoming critical patient. Nearly 12 % of the time, The Hospital has to direct the ambulance to seek another facility. Even though The Hospital is the best trauma center in southeast Wisconsin, the hospital knows they will not be able to admit the patient to ICU.

The level I trauma center is required to have a certain number of surgeons and anesthesiologists on duty 24 hours a day at the hospital, an education program, preventive and outreach programs. Key elements include 24-hour in-house coverage by general surgeons and prompt availability of care in specialties such as orthopedic surgery, neurosurgery, anesthesiology, emergency medicine, radiology, internal medicine, oral and maxillofacial surgery, and critical care.

“The increase of revenue to The Hospital, from being able to take additional emergency cases is in the millions of dollars, but the greatest benefit to the hospital comes from the healthcare process improvement in quality healthcare to the patients — which in turn enhance public”

“Our primary concern was our inability to provide quality healthcare in emergency situations. In addition, this inability to handle the ICU requirements represents an enormous loss of revenue, but this fact is dwarfed by the black eye received each time The Hospital directs an ambulance to seek an alternate facility when The Hospital is the desired choice by both the patient and medical professionals. This problem was constantly in front of the hospital administration and the doctors, begging for resolution.”

John*, Six Sigma business Process Improvement / Data Analyst, was assigned to analyze the problem and find a solution to reduce the number of ambulance diversions away from The Hospital. Mr. John created a simulation model which included the ICU unit, surgical capability

and scheduling from both emergency arrivals (ambulances) and from elective surgeries. The model helped to uncover that doctors had complete control over elective surgery scheduling without the insight of how the rest of the hospital was being affected by their decisions. The model showed that current patterns for elective surgery would stack up randomly on certain days, causing the ICU to fill in order to meet the demand from the surgeries. On other days the ICU unit would be unaffected by elective surgeries. With the ICU unit randomly loaded The Hospital was sometimes unable to handle the demands of emergency patients needing ICU services – as a result ambulances were turned away.

Using his simulation, Mr. John was able to show doctors and hospital administration the cause of the diversions. He conducted experiments with the model and identified an acceptable level of elective surgeries per day while still accommodating the needs of emergency ICU care. Mr. John said, “ProcessModel was an invaluable tool to sidestep all of the anecdotal suggestions and use quantitative methods to discover the problem and suggest solutions. We came to a definite number of elective surgeries that would still allow us to meet other requirements on ICU.” The amazing part of this story is that The Hospital will still perform the same number of elective surgeries as they did prior to the study, but by limiting the elective surgeries in any given day they could also handle the required emergency cases which would need admittance into the ICU.

Both doctors and administrators agreed with the solutions and have started to implement the changes. The increase of revenue to The Hospital, from being able to take additional emergency cases is in the millions of dollars, but the greatest benefit to the hospital comes from the improvement in quality healthcare to the patients — which in turn enhances public relations and the hospital’s reputation.

In addition to using ProcessModel to identify ways to reduce the number of emergency diversions, it has also been used at The Hospital to target the reduction of the length of

patients’ stay in the Emergency Department, optimize staffing levels and the number of procedures performed in Gastro Enterology Lab. A ProcessModel simulation is also being developed which aims at the reduction of the patients’ waiting time in the Eye Institute.

Start by capturing the process for a typical entity. Ask the process expert to walk you through processing for the entity step by step. Make note of the activity description (you may need to shorten theses later). When collecting the times ask the following three questions:

Use this time information to build a triangular distribution for you first cut at the model. Document who performs the activity and collect example reference materials. Make note of these reference materials by labeling the document and place a mark on the model with the same notation. You might want to collect:

Draw out the flow on paper as they are speaking. This can be done on the computer, but requires excellent software