Skip to content
You are here:Home>Application Stories>Manufacturing>Assembly Line Process Improvement

I was tasked with with recommending the production configuration for a low volume, variable product, assembly line (500 to 700 units per month). The request seemed simple enough. I have configured many systems in the past, but all with little product variability. This assembly line was different. The product was a data storage unit used to house information captured from the internet. The product could be ordered with a wide range of configurations. This variability dramatically changed the assembly times and the quality acceptance rates. Standard tools I utilized in the past to calculate throughput and resource assignments were inadequate. I could make a guess, but that is all I would be doing. 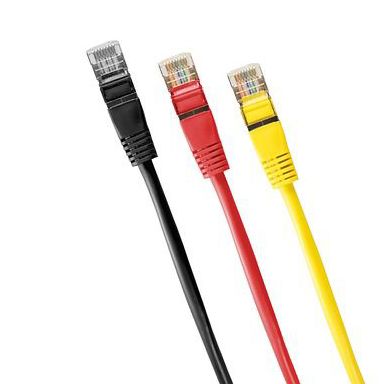 A business associate showed me how I could use process simulation to configure and run the assembly line in the computer before running the actual system. I process mapped the flow of the assembly line. The assembly line had 14 stations, each of which could have zero to eight sub-assemblies added to the enclosure. For example a chassis goes to station one and could have one to four power supplies attached. In station two, one of two mother boards could be inserted. In station three, one to eight disk drives could be added, etc. A chassis that had a zero in the assembly requirement would simply slide through that assembly station. The configuration of the product dramatically altered the assembly time and the reject rates.

The assembly line ended by going into two massive test chambers. One test chamber heated and the other cooled the product and both provided vibration. Failure rates were predicted to change based on complexity of configuration. For example, a computer with an extremely complex configuration would fail at a higher rate than a base model. Failed systems would be taken to a separate repair line and later re-enter the testing chambers. Failure rate calculations were entered using Excel like formulas.

The simulation software I was using allowed definition of the product configuration on the chassis. This means a distribution could be used to define how many of each part type a customer would request. Other distributions were used to select configurations based on market research. This made defining the model incredibly simple. A few well planned entries in to the process simulation allowed representation of the wide range of customer orders.

Inputting a product mix forecast, supplied by sales, allowed load balancing of the assembly line and staffing required to meet the monthly demand. Process improvement and final configuration of the assembly line was performed over two days with representatives from production, scheduling and management. We ran a mini Kaizen event on the simulation model. Ideas were identified and then immediately tried in the simulation model. This was helpful because production idea could be “tested” for months of simulated time within few minutes. We tried many ideas that seemed logical, but just didn’t work. In other cases, several ideas needed to be implemented at the same time in order to provide a real process improvement to the system as a whole. The simulation model helped us to understand why some changes would either work and others not. We could actually watch the animation of the simulation model and see problems as they developed. The simulation product chosen for this project is supplied by ProcessModel, Inc.  The software worked well for this project and the support was outstanding. There we several “how would I…” types of questions that support offered to help with on the spot.

Upon implementation of the real system, I found a couple of differences between the model and the real system. One of these differences was due to operators physically picking up and moving product from one part of the assembly line to another. This action by the assembly workers was not anticipated in the model (or by production management). In another instance, an assembly time was lower in the real system than in the model due to equipment changes. Even with these differences, the model predicted system performance within seven percent of the actual system. This variance from the plan to the real system is lowest of my career. In addition to the accuracy, I loved the ability to test process improvement ideas in the computer. This provided a huge boost in confidence for me as a consultant. I was able I will definitely use simulation modeling in the future.