Skip to content
You are here:Home>Application Stories>Healthcare>Taking the Pain out of Production

Taking the Pain out of Production

With the introduction of the prescription medication Major-Pain-Relief*, The Company* made the lives of many arthritis sufferers a lot easier by reducing their pain, inflammation, and stiffness. This article is about how they are taking the pain out of production.

Taking the Pain out of Production

Imagine, you have just been given the task of producing the greatest pharmaceutical-drug launch of all time, and you have a short period of time to pull it off successfully. This is not new for the Pharmacia’s Plant in Caguas, Puerto Rico where over 20 brands of capsules and tablets are produced

Because this was a new drug with such big expectations, The Company assembled an ad-hoc task force, “Major-Pain-Relief Readiness Team” (MRT), to manage the introduction and commercial production of the new product. And here is where the challenges just get started.

The most important goal of the Readiness Team was to have the product ready to ship on time for the launch. The production of The Company would double the production of the plant from approximately 2 billion to 4 billion units. Production challenges included determining the best delivery schedule for raw materials; determining the cycle time of the whole process and needed equipment in order to satisfy cycle time; and determining how many employees and shifts were needed at the manufacturing, packaging and laboratory areas in order to support their vigorous manufacturing schedule. Very important to these goals was the accurate calculation of resources in a timely manner in order to allow purchasing of any additional equipment and training of the personnel.

The entire manufacturing process was to be input into ProcessModel. Due to the short timeline for the project, the System Improver recommended a top-down approach, by developing a macro level simulation model of the whole process using existing data and estimates to model each major operation as a black box. Then, sub-models were to be developed adding more detail as needed, in order to investigate or improve the bottleneck operations at a particular stage of the Major-Pain-Relief process.  This approach could facilitate handling the simulation effort by breaking the process in manageable segments and obtain quick results at each stage of the process.

The first area to be modeled was the receiving operation at the warehouse, and Esteban Perez, the Material Agent in charge of procurement, had a job to do. He developed static inventory models which were then tested in ProcessModel to determine their adequacy to guarantee the material supply for the new product. At this stage ProcessModel proved to be invaluable in planning for the receipt of goods. A model was built which allowed determining how long it would take the warehouse personnel for a full receiving process of the different components and raw materials and determining the quantity of resources needed. With this information, detailed receiving schedules were prepared and validated with the vendors.

simulation model. When the full production schedule was input into the model it was noticed that the capsule samples taken from the encapsulated lots started to accumulate in a long queue just at the entrance of the analytical laboratory, while its utilization was at its maximum.

The laboratory is the last step to the process before the drug can be shipped and the last thing the manufacturing plant needed was Major-Pain-Relief to sit on the shipping warehouse shelves waiting for approval. The Readiness Team did additional model verifications, but everything looked fine. So why was this queue growing so large?

The analytical laboratory is critical in the production of any drug, including Major-Pain-Relief. Laboratory calculations had been done using static Excel® spreadsheet capabilities. The laboratory operation had been scheduled to work two shifts six days a week. Human resources, estimated cycle time and equipment calculations had been set accordingly and input to ProcessModel. It seemed to the Readiness Team that this was good enough based on the static calculations performed in Excel®. However, after a thorough analysis of both capacity calculation tools the reason for the discrepancy was apparent. The static Excel® calculations assumed a fixed daily average arrival rate of samples to the laboratory coming from the multiple encapsulation machines. The simulation model considered random variability in the arrival pattern of the samples at the laboratory, which is caused by the “unexpected” but common events experienced in any manufacturing process such as random downtimes, delays in schedules, absenteeism, etc, which cause variations in the arrival pattern of samples at the laboratory. “If capacity calculations and resource needs estimates are based on averages you are missing the point since averages just mean that you will not get your average number close to 50% of the time and it proved to be crucial in this analysis invalidating static analyses”, says The Writer*.

After ProcessModel clearly showed the time involved in analyzing the production requirements in the laboratory, the Readiness Team concluded that three shifts of chemists working seven days a week were needed in order to cope with the demand and satisfy cycle time requirements with a minimum waiting queue at the laboratory. By catching the opportunity early enough, the Laboratory Management was capable of taking the pain out to hire and train an entire extra shift of chemists, just in time to meet the Major-Pain-Relief launch production schedule. 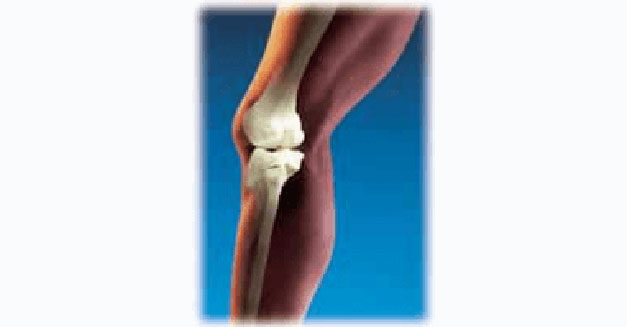 The Major-Pain-Relief launch was the most successful prescription-drug launch in the pharmaceutical industry history breaking numerous records. The number one goal was to deliver a successful launch and continue to satisfy growing market demands on time. The Company factory had the daunting task producing launch requirements in three months, package and ship them in a timely manner for the product launch. Although the end result was achieved by an extraordinary team effort including all links in the supply chain, had the Readiness Team not found ProcessModel, they feel the results could have been different. The Plant in Puerto Rico continues to be the primary supplier of Major-Pain-Relief capsules worldwide, and they do it on time in a consistent and strategic manner.

Based on the successful results obtained from the application of simulation modeling at The Company’s Plant, the management team is supporting and requiring process simulation analyses as part of their regular decision making process. New products being introduced at The Company’s Plant are being subjected to the scrutiny of simulation modeling in order to “test drive” the process capabilities ahead of time and take preventive actions early on. It is an inexpensive insurance and helps us in taking the pain out of production!

“The Major-Pain-Relief launch was the most successful prescription-drug launch in the pharmaceutical industry history breaking numerous records…had the Readiness Team not found ProcessModel, they feel the results could have been different.”