Yeah, yeah. We’ve heard that before.” Is that the response you receive from your su­periors when you attempt to present a new way of saving the company time and money? 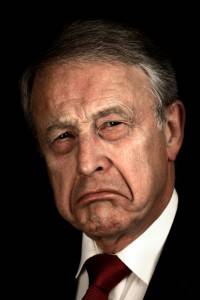 Often upper management personnel get excited about presentations that sound great, but experience disap­pointment when the actual plans are implemented and then fall short of expectations. They eventually be­come skeptical of new ideas.

This Company has taken a step beyond the normal presentation and approval process by using simula­tion to test ideas before they are im­plemented. Everyone involved in the process can see the results of the proposed changes.

The Company, one of the world’s largest medical technology companies, manufactures and sells a wide range of medical supplies, devices and diagnostic systems. Annual revenues top 3.0 billion. Employing approximately 19,000 people, The Company enjoys worldwide presence in over 135 locations in more than 40 coun­tries. When they make a decision there are a lot of key people in­volved.

The Company decided it needed to increase production of one of its medical devices. The plant manufac­tures pipets that are used for fluid transfer in many different lab envi­ronments.

The company was faced with a significant demand for additional product (a 15% increase). This created a backorder situation for the plant, as its capacity was not able to meet customer demand.

Management felt that the best op­tion was to purchase additional equipment to create another 5ml pipet line at a cost of greater than $1 million. Implementation time for the new line was between 12 and 18 months. A project team was char­tered to evaluate the situation 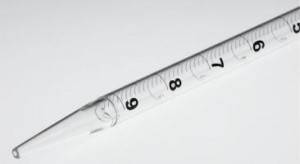 , pre­sent solutions, and implement the most appropriate options. Their goal was to meet production de­mand with minimal costs.

Detailed production information was gathered and a ProcessModel simulation model was created. The team identified the extrusion area as the bottleneck and created different model scenarios to determine the most appropriate actions to improve capacity.

The team made recommendations to increase capacity in extrusion by sharing production with another line. Improvements were made to downstream operations to increase machine uptime and improve prod­uct flow. Conveyors and ergonomic workstations were installed to re­duce ergonomic risk factors.

Using ProcessModel, we loaded input data gathered from production sheets and video analysis. The pro­ject team reviewed the model and all agreed that it was a good repre­sentation of reality. Through simu­lation modeling it was decided that additional capacity was required at the beginning of the product run, and this was where the “bottleneck” occurred. The team recommended sharing production with another line to increase capacity at extru­sion (beginning of product run).

The model demonstrated that a new production line was not re­quired for 2 years if the increased capacity and other small line im­provements were implemented. Average shift production for dif­ferent model scenarios was deter­mined. 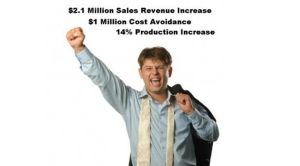 During the course of the model study, downstream operations were discovered to be imbalanced. Improvements were made to downstream operations to in­crease machine uptime and im­prove product flow. Conveyors and ergonomic workstations were installed to reduce safety risk fac­tors. The Company pro­ject team learned through simula­tion modeling that small im­provements can lead to big re­sults. They also agreed that benchmarking production using a simulation model can help avoid costly decisions.

The results of the project increased produc­tion by 13.85%, which allows sales revenue increase of $2.1 million per year, and a delayed $1 million of capital spending.

Project implementation costs were $180,000 with the largest portion of the cost directed to safety risk factor reduction in major pro­duction areas. The Company’s goal is to “become the organization most known for eliminating unnecessary suffering and death from disease, and in doing so, become one of the best performing companies in the world.”