ED Process Simulation identifies emergency department bottlenecks and shows a clear path to improvement. Read on to see how they cut “door to discharge” times by greater than 50%.

Imagine “waiting” in the emergency department for 5 hours for a simple problem that is urgent. If you happen to arrive during the busy ED hours you won’t have to imagine it, you’ll experience it first-hand. Waiting times of that length are really not that unusual. Nationwide statistics show average “door to discharge” times across the US at 136 minutes (but that includes rural ED’s that experience much lower times).

In fact, the word “AVERAGE” is deceptive because it includes times when there is no waiting such as 3:00 AM. In California, the average times are much worse than the national average. Our hospital was experiencing an average door to discharge time of 193 minutes, or almost 50% higher than the national average. Many of our patients were experiencing the dreaded 5 hour times. 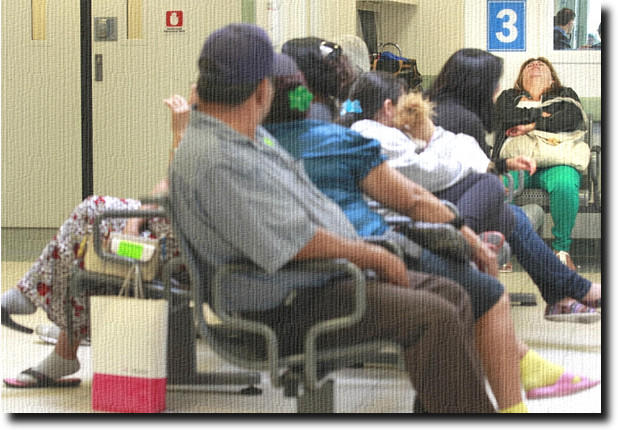 To understand the process and potential problems, we interviewed each type of resource used in the ED. During the interview process for our hospital, each resource type (Doctors, Nurses, Registration, Lab technician, Radiologists, etc.) pointed to other resources as causes of the high waiting times. The nurses thought the Doctors weren’t making decisions fast enough. Doctors blamed the nurses for constant interruptions. Triage said the lab wasn’t responding fast enough. The lab said they always hit their required times, but nurses made mistakes that slowed them significantly. And on and on.

From the initial interviews, it was difficult to understand the main source of patient delays. Compounding the problem of understanding the ED is that patient arrival rates change constantly throughout the day. To make matters worse, each resource type changes quantity throughout the day, which may not correspond with the patient arrival rates. And then there the problem that response times from supporting departments that changes by time of day. Each acuity level has different requirements for services such as lab and radiology. The acuity level also changes the process flow and the flow also changes by time of day. Yikes!

Solving this problem with traditional methods looked impossible. To develop an understanding of the complex ED interactions, a computer simulation model of the ED was built using a combination of system collected data, time studies and interviews. This sounds really complex, but it isn’t that difficult. The hospital process simulation was broken up into six interrelated parts: 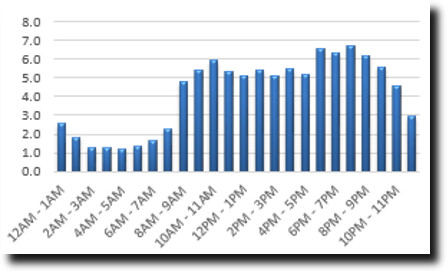 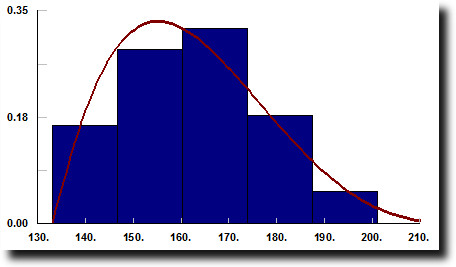 The ED process simulation software does the difficult work of linking all the pieces together and keeping track of relationships. The combination of this data allowed us to create an accurate representation of the real system. With the completed model we could watch the ED run from a bird’s eye view, seeing where patients waited and for how long. We could see the source of each bottleneck and experiment with each model element and then see the resulting impact.

One year of system collected data was used to create arrival patterns, acuity breakouts, and requirements for lab and radiology requests. The system data also provided response times for lab, radiology and admitting requests (elapsed time from request to response). Distributions were used to represent time values. A distribution is a mathematical formula that represents the variability of the times. Most time-based events can be approximated with a distribution. During the simulation, time values are selected from the distribution, allowing the model to portray the type of randomness that the real ED would experience. The following four metrics were used to test the accuracy of the model against the actual ED:

In addition, “smoke tests” were used check most aspects of the model. A smoke test is used to experiment with all facets of the mode without going into great detail. The ED Process simulation represented the real system in 3 of the 4 main metrics with greater than 95% accuracy on 30 replications. Average patients in the waiting room were 91% accurate and deemed acceptable. The accuracy of the ED process simulation gave us confidence that we could make changes to the model and portray what would happen if we made the same changes to the actual system.

One of the biggest lessons gleaned from the use of the Ed process simulation was being able to show team members what changes would create an impact and what wouldn’t. We were able to change the timing or staffing for each of the areas and then show the impact that change would make. For example radiology, “response time,” was high on the list of potential delay causing problems. The model helped the team to see that even if the radiology time was cut by fifty percent, it would have a minor impact on “average door to discharge times.” This allowed us to focus only on the changes that would help us to reach our project goals.

A simple no-cost improvement was to change the staffing to match the needs of the patients. The model was able to show the resource need over time. This sounds simple but is compounded by the length of patient stay, which also changes as the resource levels change. By making some simple adjustments to doctor and nurse schedules, each metric was improved without adding additional resources or cost.

Ultimately, to achieve the ambitious target of a “door to discharge” of less than 90 minutes, several changes were identified through the use of the model. The ED process simulation helped us to determine the number of doctors needed during peak hours to achieve the required turnaround time. The model also helped us to identify a process problem in the handoff of lab work. The lab statistics (system generated) showed a turnaround time of less than 40 minutes. However, when plugged into the model the, the door to discharge and door to admit metrics weren’t accurate. On closer review, delays were encountered from sending samples to the lab before the associated order was sent. Also, artificial times were being recorded because of the lab counting the start of their process when a sample was scanned (rather than on arrival) and by including negative numbers in the time calculation. We learned that the negative numbers were a result of blood arriving before orders were submitted by the doctor (blood is drawn before the doctor ordered). The ED process simulation helped us to uncover this real-life anomaly, identify solutions and test solutions before implementing.

The ED process simulation took three weeks to build. Although the model was relatively simple to build, it has been instrumental in providing an argument free method to make changes that actually make a difference in the timely care of our patients.