Skip to content
You are here:Home>Application Stories>Others>ProcessModel Helps a Sports Channel

ProcessModel Inc., a provider of business process improvement software and training, recently led a four-week initiative for a Sports Channel that resulted in immediate savings of $24 million for the sports entertainment company.

Provo-based ProcessModel completed a trial project in the Sports Channel’s human resources department last fall. After receiving training from ProcessModel, six human resources employees identified weaknesses in the workflow. For example, paperwork for newly hired employees traveled through the hands of 14 people, resulting in numerous delays and inaccuracies. In fact, 40 percent of the time there were major errors in a new employee’s file.

“We teach them how to run computer models to see where bottlenecks are and to see where resources are underutilized. Employees can also test changes with a computer simulation prior to implementation,” said Scott Baird, founder and CEO of ProcessModel. 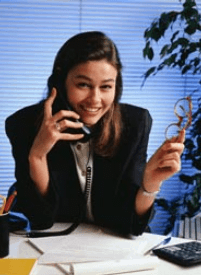 A key solution was to have the hiring manager collect vital information from the new employee up front, rather than have various human resource personnel follow-up later. Not only did this save time, but the error rate was reduced to 1 percent.

“The employees came up with the solutions internally,” Baird said. “They were able to shortcut the time it takes to complete the paperwork for new hires.”

After the successful human resources project, ProcessModel turned to the advertising sales department, which is responsible for about half of the Sports Channel’s revenue. Employees in that department were able to realize a total of $90 million in savings, according to Baird, with $24 million in immediate savings.

The company has worked with clients of all sizes, from Provo-based Petersen Medical—with 50 employees—to global giant General Electric. Other clients include Honeywell, American Express, Motorola, 3M, Nationwide Insurance and NASA.

Any type of business function, from manufacturing to accounting, can be described and evaluated as a process. On average, ProcessModel has achieved 30 to 40 percent improvements in every type of organization and industry it has worked with, according to Baird.

“No matter the size of the organization—whether is it a government agency, a nonprofit, a small business or a major corporation—processes grow over time, and they can get ugly. No company is exempt from it,” Baird said.

Employees and managers often become focused on accomplishing day-to-day tasks, losing sight of the big picture. ProcessModel teaches workers to step back and take a global view of the processes in the company, identifying inefficiencies and bottlenecks

“When you look at it from the outside, you see the opportunities for improvement,” Baird said. “Many times, employees will say, ‘it’s not so bad. It seems to work—we’re getting things done.’ But after they’ve been trained to step back and look at the processes, they’ll say, ‘I can’t believe we do that!’ It’s really exciting and amazing to watch.”

ProcessModel does not perform its own evaluations or make suggestions. Instead, it trains the employees who are in the trenches to take a hard look at their work processes. These employees then become “change agents” within the organization, presenting recommendations for improvements to senior management. This method helps employees buy in to the changes, rather than become threatened or hostile.

Because suggestions come from co-workers familiar with the processes, “workers feel fairly talked to, judged and critiqued,” Baird said.

Many managers shudder at the thought of implementing lean or six sigma techniques because the methods require them to wade through complex statistics, said Baird. ProcessModel’s training and software helps people see big-picture processes without relying heavily on statistics or math.

“We teach them how to map out their processes. Then we show them how ask questions,” Baird said.