Skip to content
You are here:Home>Emails, Knowledge Base>Overcoming Major Obstacles

Process improvement interviews are the fastest way to glean pertinent information about how a process behaves and overcoming major obstacles. The interview can be fast paced and exciting, giving you new insight that might take years to acquire on your own. That being said, there are a few things that can go wrong prior to the interview, during interviews and gaining sign-off on the completed model.

1. Stalling – can’t get an appointment 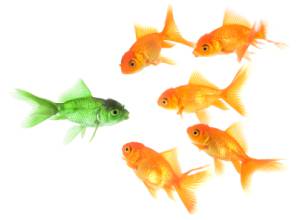 Everyone is busy, but some people can stall for days trying to avoid being interviewed. Test their availability by using the (1—3—All) technique. Start by suggesting a specific time, if that does not work then suggest three alternate times. If they decline the alternate times, tell them that you will open your schedule (which includes before work, at lunch and after work). If they hesitate you can be pretty certain that it is not really about how busy they are. They have “gotten the wrong message” or no message at all when the project was originally announced. They are worried about what this project will mean to their department, team or even their own job.

If they have gotten the wrong message (or made up their own message) ask them if you can have ten minutes to show them what you are doing. Go to their desk with your laptop and show them a process. You may want to bring up a demonstration file, like the “Hearing model” (which is provided with the software), and show them how it works. Help them to understand that you will be doing the same thing for their process. The vast majority of time they will become enamored with the idea that they can participate in the change process and an interview time can be set. If this doesn’t work you are going to have to pull rank, because somebody didn’t get the message that everyone was supposed to cooperate. Go to the senior manager or to the designated appointee and have the manager get the “message” out to the right people. Obviously, an interview under duress is not ideal, but it is better than having no information.

When an interviewee takes offense or exception to questions asked about their process, it is usually because they believe that they are being pushed to do something that is not in their best interest. You may need to “back track” and determine what part of the message was not clear. For example if an interviewee believes that the process improvement effort is about downsizing (and their job will be in the wake of the effort) and it really isn’t, then you will need to make the case for why the project is important to them, the customer and the company.

In some cases they may have good reason to be defensive. If the process capture effort would show “they” are the bottleneck, they have good reason not to let people know the source of the problem. Follow the procedure of isolating one ‘entity” type at a time and gather what information you can. You may need “back into” some of the information by talking to the groups that feed them entities and to the groups they supply

3. Too many cooks in the kitchen

Some groups will want the whole team to participate in the interview. They will say “we can get a better representation of what really happens if Interview We have everyone’s input” or “let’s get it over all at once by having everyone (or a subgroup) participate.” There are no conditions where it is advisable to have more than one person at a time in the interview. From experience we have found that it will take longer and your product will not be any better if you interview multiple people at the same time. What usually happens is that people that are normally confident will start to look to others for what happens. The group will debate, add activities, subtract activities and never come to any conclusion. In one of the top consulting firms in the US, we were interviewing with six people in the room and after an hour only one activity step could be agreed on. It doesn’t work to interview many people at the same time.

If you are placed in a situation where more than one person is in the room for an interview, do the kickoff portion of the interview and then explain that you want to interview one at a time and you will provide a model as starting point for the next interview. Then promptly toss the extra people out of the room. Don’t go on until you have the room cleared.

Sometime the supervisor or boss will want to sit in on the interview to “see how things are done.” The problem this creates is that the process expert won’t talk freely about the process, their frustrations or recommendations for the future in front of the supervisor. The supervisor is viewed as a guardian of information that outsiders should not see. The supervisor doesn’t want people outside their department to know that processes are not running as efficiently as possible – it would make them look bad. During the interview, a questioning glance, frown or glare can kill the flow of information. For these reasons, do not allow a supervisor to sit in on the interview. Use the same technique at mentioned in “Too Many Cooks in the Kitchen” to remove extra people from the room. If they want to see how it is done, then have them sit in on an interview for an area that they are not in control of, and only if they agree to be a silent observer.

Sometimes the interviewee is so excited that someone is actually listening that they want to tell you everything they know about the system. Every exception and circumstance will be explained in rapid fire detail. Even slowing the interviewee down won’t completely solve this problem. If they don’t prioritize their knowledge, it is like a tsunami of information, indiscriminately washing over the interviewer. Not only is this difficult to comprehend, it is almost impossible to capture.

At this juncture it is a good time to complement them on their knowledge and let them know that they are giving you all the right information, but you have trouble digesting the detail. Explain that will need to capture the information in a different order so that it will help the team look for opportunities.

After you have “constructed the seawall” take control of the interview and ask them to take a common “entity” and walk through the process for that exact entity. Once you have a framework for the process then you can add additional entities and start to create the structure of the model that puts the most common process flow along the top of the model with less frequent paths being put successively lower in the model.

Everybody has stories and it is tempting to use the past to teach principles. Sometimes a lesson in history from the interviewee can cost you thirty minutes or more. Since you should keep an interview to less than an hour, you can’t afford to lose large chunks of time. You have to gently cut the history lesson short. You might say, “I wonder if we could save that story for a later time? I promised I would only keep you for an hour and I have the project manager pushing me hard to finish this critical interview.” Do whatever works for you, but don’t allow the interviewee to ramble. You can bring it back by talking about a specific entity…where does it go next, how long does it take to do that step. 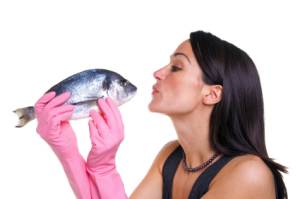 Most people believe what they do is unique. The truth is, there are a lot of common processes in the world and very little that is truly unique. During an interview some people will purport “everything we do is different and so it can’t be modeled.” They may actually believe that there are no patterns in the processes they perform, so “why waste your time and mine.” I have observed many cases where people actually believe this statement, but no cases where it is actually true.

You may want to agree with them and initially acknowledge that they may have a problem that can’t be modeled. Then humbly ask them to be patient with you. Try the method of walking the process of a single entity and then another. The process will surface. It always does.

Some people believe that they know how the process works from end to end. In reality, I have never met a person that had a true picture of what happened outside their span of control. Even if they have worked in that area, things might have changed from the time they left that position. Managers are the worst offenders of this problem. They often believe they know more about the detail than they actually do. For this reason only interview people that work in the process. Once the interview exceeds the scope of their control, you will be looking caution in the face, so end the interview, and find that person to which the information/product/service is handed off.

If you remember, the name of this fallacy comes from the sport of fox hunting in which a dried, smoked herring, which is red in color, is dragged across the trail of the fox to throw the hounds off the scent. In business a “red herring” refers to the practice of raising an unrelated or irrelevant point deliberately to throw an interviewer off the track. 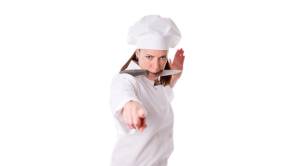 People will often have problems they don’t want discovered or pet projects they don’t want derailed. They might continually point toward one area that is causing all the problems to keep you from seeing the real problem. If the interviewee is persuasive, it is easy to be drawn to a false conclusion. Let the process speak. Use the data to point to the problem and drive a solution. The strength of this approach is to have the data to back up your conclusions and recommendations. Don’t allow yourself to be drawn away by a red herring.

Process interviewing is the fastest method of obtaining the information for to create a process simulation. with a few techniques it can become one of the great strengths of your process improvement toolkit.