Skip to content
You are here:Home>Application Stories>Service>The Heart of Business Success

The Heart of Business Success

Thanks to a vibrant economy, the travel industry is booming today, and due to rapid expansion, needs a support base for its services. ABC* supplies answers to this important need. With headquarters in Rosemont, Illinois, corporate offices worldwide and a large, 7×24 state of the art computer center in Englewood, Colorado, ABC 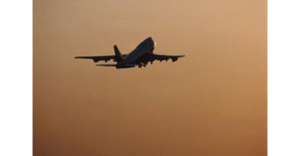 International is one of the world’s leading providers of electronic global distribution services for the vital travel industry market. ABC services travel agencies, corporate travel managers, and Internet users. It provides them the resources to book travel by accessing schedule, availability, and pricing information. ABC also works through its Internet subsidiary to provide a variety of enabled technology solutions to the travel industry. However, ABC is not content with the status quo. Currently, it is constructing a vast TCP/IP global network through another subsidiary, ZYX*. Via this medium, ABC is seeking new telecommunications opportunities for customers both in the travel industry arena and other areas, as well.

With expansion and growth at the heart of its objectives, ABC wanted to find new and even better ways of servicing its customers. It desired customers to feel that they were interfacing with a vendor who could offer service that is quick and efficient. For instance, total turnaround time between a sales region and headquarters for creation and approval of service contracts currently can take anywhere from 72 to 144 hours. As another example, one of the challenges encountered is that–while modeling a new process about to be implemented, sales representatives were found to be used between 90-95 percent and account managers were used about 95 percent. However, while there are seven sales reps in a region, there is only one account manager. By honing sales and provisioning processes ABC also wished to increase new contract volumes and revenues. Although it has been focused on streamlining online operations to enhance transactions between travel suppliers and travel agency clients, ABC wants to now examine the impact better customer relationship management would have on the overall service and revenue picture.

ABC employed several methods, including ProcessModel simulation modeling, to identify areas for improvement. An “as-is” model was created and used to analyze various “what-if” scenarios. This approach revealed that some current internal systems, processes and organizations could be made even more effective and efficient.

Through simulation, the average time for an entry to wait for two resources to simultaneously become available and meet with a customer was reduced from 20 weeks to less than two days. From an average queue size of 54, the average is now less than one. Over a two-year simulation, the maximum queue size was reduced from 102 to six. Simulation also revealed process improvements reducing account managers utilization. The account managers are now able to keep up and more than hold their own with the seven regional Sales Reps.

Supported by the results of this modeling activity, ABC continues to focus on building an innovative customer relationship management program that includes enhancing key systems and processes, while automating aspects of its sales force to increase positive interaction with its customers.

In the future, ProcessModel will be used to help streamline entire processes from beginning to end—during contract development, implementation, network provisioning, systems configuration and help-desk functions. In addition, it will be used to enhance ABC’s relationships with third-party providers of maintenance, installation and telecommunications. These are key to the comprehensive effort to service customers and are being addressed as part of ABC’s customer relationship management initiative.