What would you do if you could not rely on your postal carrier to deliver your important letters? What if you didn’t know—one day to the next—whether your mail would go to you or get mixed up and go to someone else? Proper mail delivery is a modern-day phenomenon that most people take for granted. However, it takes a great deal of organization, effort, and expertise to keep the mail system running smoothly.

One Country’s Post is the firm upon which the people of that country rely to handle their mail safely, quickly and 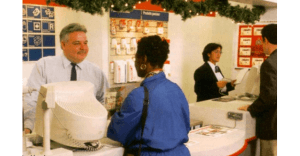 securely. The Post* must grapple with the logistics of servicing thirty five million people, as well as 1,300,000 businesses and public institutions, and interfacing with 170 postal administrations around the world to keep this vital supply chain operating. The Post handles fifteen billion pieces of mail annually and employs 62,000 employees. It also maintains 25 major mail processing plants, 24,000 postal outlets and shops, and a fleet of 9,300 vehicles.

The Post wanted to improve the operation of its Mail Preparation work cell at one of the Mail Process Plant.

The Post set a goal of analyzing the level of staffing appropriated at the work cell and designing a way to make the flow of mail more efficient. Because of its excellent reputation and successful use in other areas of The Post, they selected ProcessModel simulation modeling. Data regarding counter service were input into the simulation model to assess manpower needs and to evaluate operational processes and equipment utilization. After relevant data was obtained, the benefits of simulation were explained to management personnel, who saw the potential and gave the “okay” to proceed with the process improvement task. 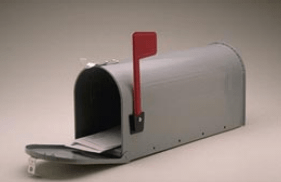 Each stage of mail processing operation was simulated and reports were generated for later evaluation. Some of the steps included collecting mail from the dock, opening the bags, sorting out the nonmachinable letters, and separating all mail, according to its end destination. Management was impressed that the entire flow of mail—from beginning to end—could be visualized on a simulation model.

As a result of using ProcessModel simulation nationwide in 20 plants, The Post discovered they could better organize staffing and scheduling. This was demonstrated when they were able to efficiently process the same amount of mail, while reducing work cells by 50 percent. This led to a savings of $4 million per year. The Post also utilized the existing mail processing equipment more effectively, and increased the mail flow (throughput). This resulted in further reductions— both in work and overhead costs.

The project was so successful that management is already drawing up plans to use ProcessModel for future test simulations. They feel it will increasingly ensure a steady, streamlined mail operation and maximum utilization of mail processing machinery. Other areas targeted for analysis include: reduction in space requirements, decreased complete cycle time for processing the mail, and improved facility design (including assessing the efficiency and productivity of the plant, as well as its ability to meet modern mail demands). They also look forward to testing their system under a variety of other scenarios, as opportunities and conditions arise.

“As a result of using ProcessModel simulation nationwide in 20 plants, The Post* discovered they could better organize staffing and scheduling. This was demonstrated when they were able to efficiently process the same amount of mail, while reducing work cells by 50 percent. This led to a savings of $4 million per year.”