Skip to content
You are here:Home>Application Stories>Others>Air Force Base Hits Refueling Target

When an Air Force Base* was faced with the challenge of increasing throughput of a refueling system with 50% less hydrants due to reconstruction, they turned to ProcessModel. Using ProcessModel technology, an optimum solution was found that saved taxpayer money, serviced existing traffic and provided additional capacity for the future.

The Air Force Base, has played a vital role in defense for the United States for the past 50 years

. Because of its strategic location, it is one of the primary operating location for bombers as well as a critical refueling hub for transport aircraft. When the refurbishment plans were announced, ProcessModel was selected to help solve the aircraft refueling and parking dilemma at The Air Force Base. Using this technology they could compare and test proposed plans and generate new ideas about increasing productivity of the system.

The Air Force Base has a modern fuel transport system, but the hydrants used to fuel the aircraft were in poor condition. Phase I of the reconstruction project was to replace and add new hydrants. Each phase of the project disabled large portions of the hydrant system and dramatically reduced the refueling capability.

The main problem facing the wing planners was how to maintain the capability to support a large operation while continuing the refurbishment effort.

The refueling system at The Air Force Base consisted of 57 hydrants. Half are located on the North ramp 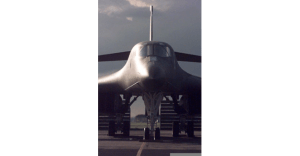 and the other half on the south ramp. Twenty of the hydrants were inoperable due to deterioration or parts failure. In phase one of the construction contractors will remove twenty active hydrants on the south ramp leaving 4 functions hydrants. On the north ramp there will be 22 functioning hydrants. During the construction, fuel trucks and temporary fuel bladders will be used to help service aircraft.

With the number of hydrants cut by half, a large bomber operation with an intense airlift movement could create a process halting queue for aircraft needing refueling. The members of the planning team all had primary concerns. The airfield manager was concerned about the queuing on the ramp, the operators wanted convenience for aircrews and the fuel technicians wanted to balance the utilization of the system.

If queuing occurred, waiting aircraft would have to taxi to an empty parking space or stub, shut down engines and sit idle until a space became available. Then two pilots would have to restart the engines, taxi to the open position and then shut down for refueling. Each taxi burns about 4,000 pounds of fuel and can take 30-60 minutes, not including the waiting time. Complicating the process is the service time for each aircraft, which is dependent on the fuel load of the aircraft and how many other aircraft are simultaneously being loaded. ProcessModel gives them the ability to reflect the variable service times.

The hydrant system is the most efficient way to refuel, so they wanted to fully utilize the hydrants before resorting to alternate fueling methods. The planning team came up with four alternatives. ProcessModel enabled the team to test the plans and compare results.

In plan I, all bombers and tankers were routed to the north hydrants. All aircraft required taxi after refueling and created a tremendous burden on the taxi crews. All resources were utilized 90 percent of the time. The demand for taxi crews alone made this plan impossible 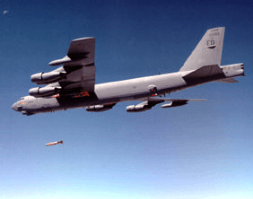 In plan II, all bombers and tankers were sent to the north load stubs. All the parking stubs with hydrants were used for full service parking. The plan forced excess aircraft to the other fueling alternatives and produced an excessive burden on the truck refueling process. The safety office disapproved of the plan because it put live aircraft next to other live aircraft.

In plan III, the tankers have shorter cycle times and carry no ordinance on parking. They tried sending the takers to the north load stubs. All the north hydrants were designed for full service loading. All bombers went to the fuel bladders and the fuel truck process. This result from this plan was excessive cycle times and excessive burden on the alternate fueling options.

They continued to optimize the processes in plan IV looking at the mix of north load stubs and north hydrants. Other alternatives included lowering and raising the number of taxi crews. 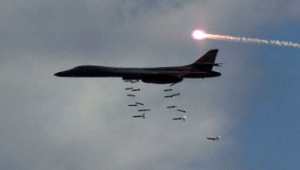 The process simulation proved that the process could be supported with just two taxi crews. With further analysis they found that the system could handle a much higher capacity than anticipated.

The Air Force will face four more phases of construction on its refueling system. With the basic model complete, they could use the model to optimize each part of the construction plans.

The model helped develop a process to increase throughput of the refueling system even while 50 percent of the refueling hydrants were inoperative. “With ProcessModel, we have more information than we ever had before. Process simulation takes us out of the realm of speculation and closer to the world of prediction.”