When Will You Need This?

When you need to quickly produce intermittent assembly models, vary what is attached during assembly based on the production order. To assemble several types of products on the same line, each requiring different sub components, or vary the assembly time based on that which is being assembled, or to transfer cost and VA time from a sub assembly to the main component. 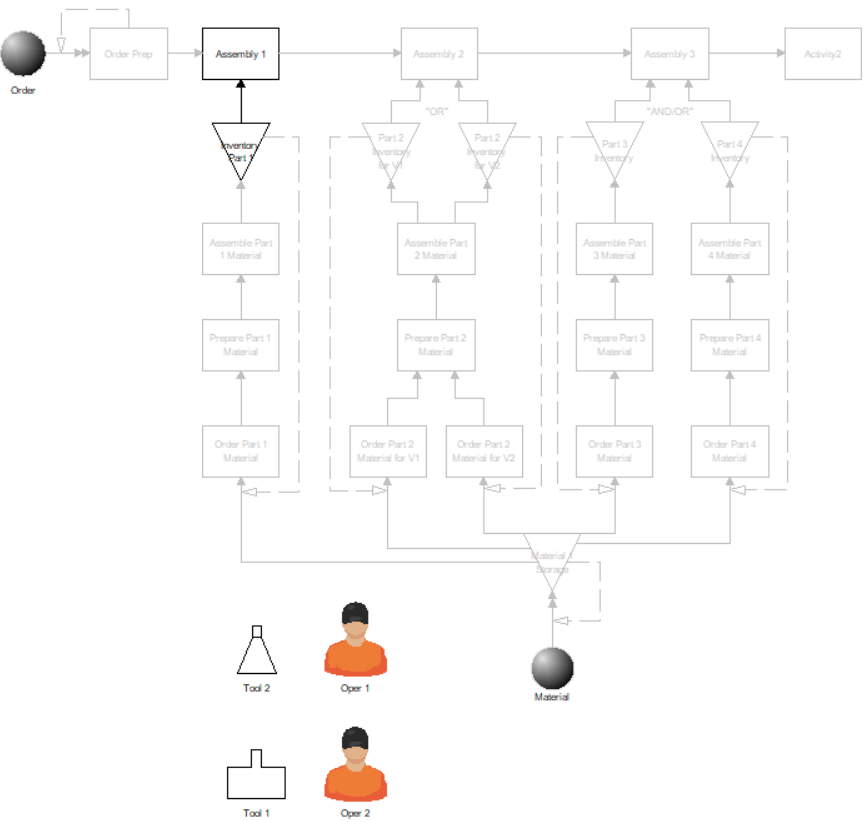 Base Entity: The entity to which other items will be assembled. For example in truck assembly line, the base entity would be the frame.

Subassembly: The entity assembled to the Base entity (engine, transmission, front and rear differential, etc.)

When the base entity reaches an assembly station, an attribute defines the quantity to be attached. This attribute is also found in the attach quantity of the attach route from the subassembly 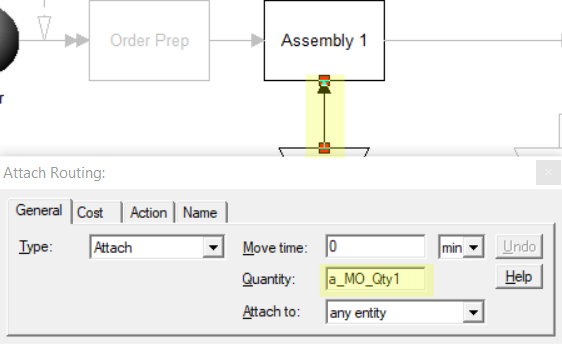 In addition, 2 variables (see the description of variables below) transfer the VATime and Cost from the subassembly to the main part.

How to Use the Model Object

Open your model or create a new blank model.

2. Insert the Model Object into Your Model

3. Connect to Your Model

1. Insert the model object for each subassembly.

3a. Build each subassembly process and connect to the inventory queue.

3b. If multiple subassemblies need to be connected, do the following:

1. Place a new assembly station for each sub assembly. 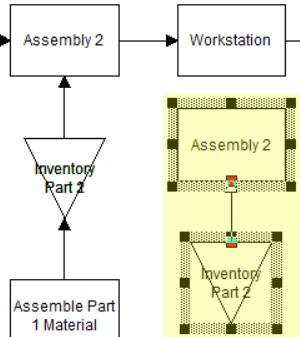 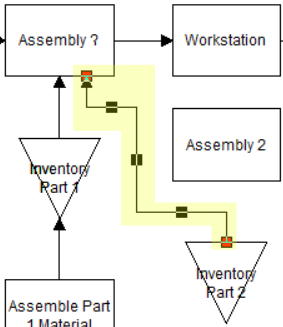 3a. Copy the action logic from the unused assembly stations 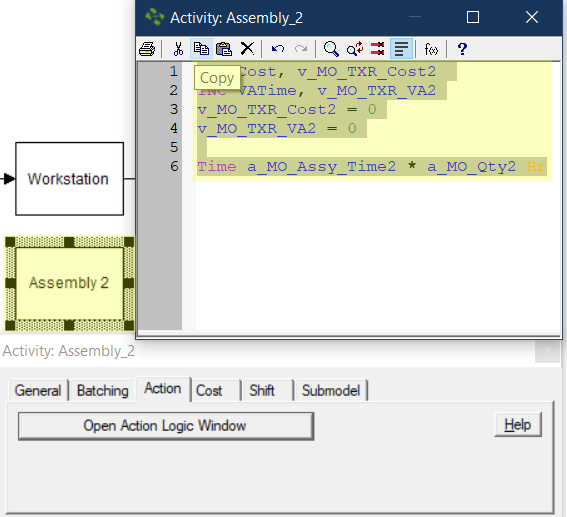 3b. Add it to the assembly station you will be using. 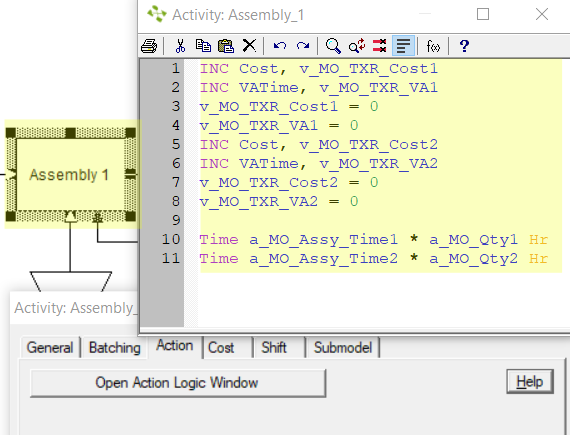 4. Delete the extra assembly station, in our case Assembly 2.

4. Add scheduled arrivals with attributes set to define assemblies to be performed. Arrivals can be “read in” in seconds from an Excel file. The process can be simplified by using the Import Scheduled Arrivals model object. 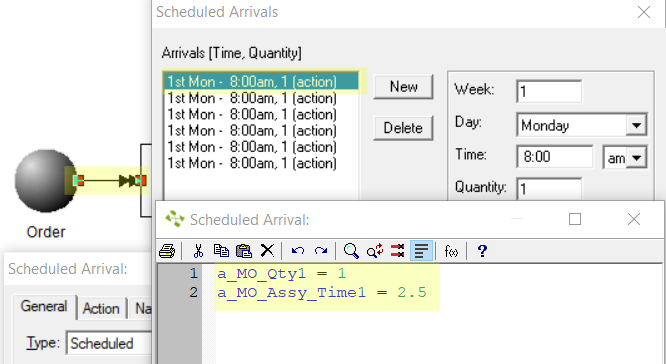 The Variable Assembly model is now integrated into your model, you should now be able to save and then simulate the model.

1. a_MO_Qty1 to X: Defines the quantity of part1 to be assembled at assembly station 1. If the quantity is set to zero then no assembly will occur.

1. v_MO_TXR_Cost1 to X: Used to transfer cost from the subassembly to the receiving part.

2. v_MO_TXR_VA1 to X: Used to transfer the Value Adding time from the subassembly to the receiving part