Skip to content
You are here:Home>Emails>Error Management Saves Lives

Update: This is no longer the latest version of ProcessModel, see the changelog for information on the latest software.

Over the past several months we have identified the major errors that our customers encounter. We then eliminated the possibility or an error or helped you to identify and correct the problems so that your process improvement project will be as stress free as possible.

A Simulation Error has Occurred

Have you ever received that error “A simulation error has occurred”? I use to think that the model was corrupt because I could never find the problem. I even tried to delete everything on the screen and the problem persisted. That’s because the problem was not on the layout but rather in the variables, attributes and scenario parameters. If there were any duplicate names in the descriptors, variable names, attribute names, scenario parameters or scenario names the process simulation wouldn’t run. In ProcessModel 5.5 all combinations are checked and you are shown where changes need to be made.

Have you ever attempted to run the simulation and received the error “Simulation already running”? You can’t see an animation but the process simulation won’t start even on repeated tries. That is so annoying. In version 5.5, every time the ProcessModel starts all executables are refreshed so that ProcessModel will start correctly, without errors, every time. 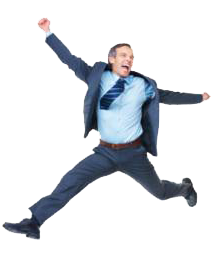 In a process simulation project it is not unusual to have a scenario parameter for the number of resources. Under certain circumstances a persistent, obscure error message would annoy but offer no help. Its gone.

For those of you that like to bury models in the deep recesses of your computer directories, you may have received an error message of “Invalid file header”. The error doesn’t identify the problem by simply telling you “your file path is too long.” Now it does.

Listed above are just a few of the errors that you can encounter while building a process simulation. Many more have been solved to make your ProcessModel experience better in every way. We hope you like the changes.

Well there you have it. Less errors means less stress during a process simulation project. Less stress means improved health. So maybe ProcessModel is saving lives;-)