Skip to content
You are here:Home>Application Stories>Manufacturing>Driving the Engine of Success

Driving the Engine of Success

Competition in the auto financing industry drives the need for creative and effective ways to meet and exceed customer expectations. The Company’s* Capital Auto Financial Services believes in the need to wow, and is constantly researching ways to stay ahead of its customer’s needs. 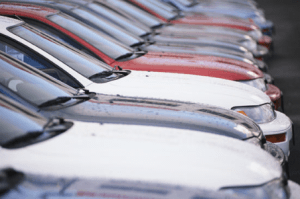 (CAFS), a global automotive finance company and one of The Company’s 28 businesses, is headquartered in Barrington, Illinois. It operates in over 22 countries, and employs approximately 1,200 people. CAFS has been a competitive presence in the financial services industry since 1978. It maintains more than $25 billion in assets, with 1,350,000 leased vehicles. This type of reach means the commitment to “wow” has to be considerable, well-researched and successful.

As a response to the competitive market and their own internal quest for quality, CAFS went to the source and conducted customer surveys to help it narrow down a goal. The survey responses, coupled with the company’s wish to capture a greater portion of the auto financial services market, led CAFS to a target: customer service needed to be revved-up. Because of the high volume of credit applications, services were becoming bottlenecked and bogged down. Customer service goals were set to begin to more quickly, efficiently and effectively service customers. It was evident application turnaround time and timely response of credit managers to the customer were the keys to success. Upper management and customers expected middle management to solve these issues. To help solve this challenge, middle management execs turned to ProcessModel simulation modeling.

Customers supplied a significant amount of information relating to the originations (credit) area, therefore management decided to channel its efforts there. In March, 1999, a cross-functional team was established to model the existing credit process. The surveys submitted by the CAFS customer base identified three critical requirements:

To simplify the process, the team narrowed its scope to model turnaround time and the use of the credit managers. In order to understand the model, it’s necessary to understand the origination (credit or underwriting) process. It begins when an application for credit is received from the dealership via fax. 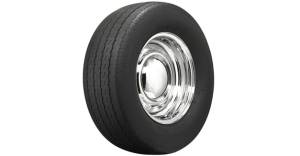 Before the cross-functional team was established, originations management brainstormed and identified potential scenarios to improve the service provided to dealers. Fast Data Input (FDI) was used to import a large amount of data into ProcessModel.

One area that management thought could be improved was making sure the work hours of credit managers reflected those of the customers. They also brainstormed that service might be enhanced by combining prime and subprime credit manager teams. The process modeling software let the team put their ideas to the test.

The team found that applied process simulation modeling is accurate, scalable and versatile as long as input is precise. This fact drove the team to an even greater level of quality. For example, initial time estimates for various process steps that were input into the 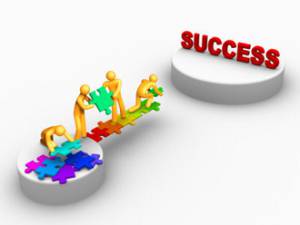 model were simply not accurate. These measurements had to be replaced by more exact readings attained through stopwatch analysis. As the team became more versed with the process of applied simulation modeling, they found that ProcessModel offered them an invaluable tool to achieve greater quality–quicker and more accurately than with previous systems. The system was even comprehensive enough to handle whole dimensions of a process, such as elaborate shift schedules for underwriters. The team agreed that the modeling process will be a great asset in The Company’s CAFS’ quest to stay ahead of its customer’s needs.

The next steps for the team is to incorporate financials into the model to allow for a unit cost analysis. In addition, The Company’s CAFS expects to take the concept of simulation modeling to their customers to assist them in enhancing their processes.

The Company’s CAFS envisions many possible uses for both the “as is” model and the “pod model” in the near future as we continue the search for “wow.”